Nathan Pree has written a joint review of my poetry collection, Meteorites, and Diane Fahey’s collection, November Journal. You can read the review now on Cordite.

Both books are published though Whitmore Press. 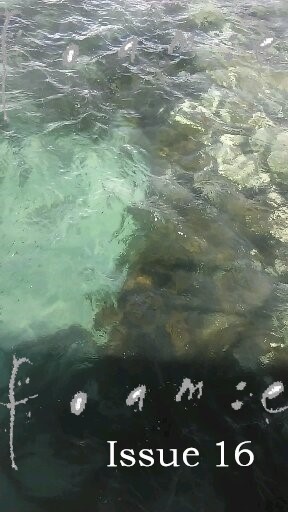 Foam:e is published annually in March and is co-edited by myself, Carmen Leigh Keates, and founding editor Angela Gardner.

We’d love to consider your poetry for Issue 17 when the submission window opens again in September. Here is our submission info: https://foame.org/home/online-submissions-2/

The submission window for Foam:e online poetry journal is open again. You can submit up to six poems for consideration. International poets are welcome too.

Submission is through our WordPress site this time around (not email as we used to arrange it).

Have a look at our past issues before you select which poems to send — all our issues are online and free, so hop in.

Issue 16, which will be published in March 2019, will again be edited by Angela Gardner and me.

The submission window is open until November 30th. 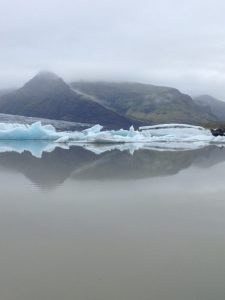 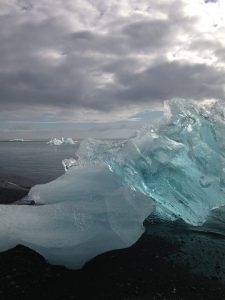 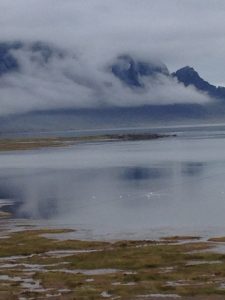 I’m holding a poetry workshop at the Queensland Writers Centre on October 13. I’m formulating a little writing process that we’ll use once then dispose of / transform quickly so that it’s a spark for a random leap, not a template to repeat.

Come along and give it a whirl.

Foam:e, which comes out every March, is co-edited by Angela Gardner and by me; a good place you may like to start might be our current Editorial.

As well as poetry, the issue contains a number of reviews including two that I have written: a piece on Andy Jackson’s new poetry collection, Music Our Bodies Can’t Hold, and Jonathan Hadwen’s book of vignettes, All That Wasted Heat.

I am also very pleased to say that the featured interview this issue is one I conducted with prolific poetry critic and editor, Martin Duwell. Duwell’s Australian Poetry Review website recently reached 1 million views, no small feat for a poetry criticism blog run by one writer (who is also, predictably, an extraordinarily devoted reader).

This new issue of Foam:e has seen us move platforms, so thank you for bearing with us while we ironed out a few formatting niggles at the start of the month.

That said, we’re pleased to say that all the past issues are viewable on the new site now, too.

My poem, “We Cannot Trust the Subtitles”, appears in the latest issue of Tincture Journal.

This is the twentieth and final issue of Tincture, faithfully edited by Stuart Barnes and Daniel Young.

The year 2016 finally delivered to me the thing all artists need: a stable income. The income doesn’t need to be big enough to fund a huge project; I’m talking about regular money so that you don’t have to shed all your plumage from stress when something very normal like a lease agreement needs to be signed, or you need to update your once-every-twenty-years tetanus inoculation! If I am constantly fearful that I cannot support myself, it’s hard to concentrate on poetry (I may have ideas, but not the energy to develop them) and it’s hard to shake the remorse of others having to bail me out when things get tight; we’re not talking about millionaire benefactors here either (love you, Oprah!), we’re talking about my pensioner mum and dad. So in this respect, 2016 was great — by April I had two, complementary jobs at a university, jobs which I both enjoyed and considered as strengthening influences on my editing skills.

In December 2015, I won the Whitmore Press Manuscript Prize, so the first half of 2016 was spent on-and-off editing (transforming) the poetry manuscript that made up part of my PhD into a really strong collection-length book. I really went for it. I cut it down, changed the key drives of some poems, changed the endings of others, and compressed everything I could. As Martin Duwell says in his review of my book — the poems are barely recognisable in comparison to the ones he saw (as one of my PhD advisors) during my candidature. And for that I feel very proud because my aim was to step away from the inevitable stress of the thesis and make the poetry my own again.

From November 2015-March 2016 I had an office job at UQ to fill the employment wasteland that this time of year brings (anyone who teaches knows about the unforgiving money desert that comes with the close of semester 2). This was a hard job. There was no noodling about on Facebook involved, I can tell you that — it was constant slog. The admin people I worked with were high-level performers who had to know a lot of complicated rules and procedures and I admire them so much for what they still have to do every day. I put my head down and tried my best, and in my lunch hours I worked on something else — a funding application to the Australia Council for the Arts for a research trip to Scandinavia, including the Ingmar Bergman festival on the remote island of Fårö in the Baltic Sea.

At the end of April I received the news that my Australia Council application had been successful and in late June I jetted off to Helsinki, then to Sweden, then all across Denmark and a self-funded final leg up to Tromsø in the north of Norway (midnight sun territory). I think back on this and know how lucky I was in several ways— I received funding in a round when scores of arts organisations lost theirs due to government cuts; I was able to interrupt my university jobs without any drama (I had only just started and had no actual leave saved up); and during the trip, things just continued to fall into place and the discoveries were so numerous that I don’t think I’ll ever be able to make a comprehensive list of all the good fortune I had.

Back in Australia, Whitmore editor Anthony Lynch and I put the finishing touches on my book and approached writers Michelle Dicinoski and David McCooey to supply recommendation blurbs. On top of that my friend in Copenhagen, production designer Mark Walker, offered to create a cover image based on a still from Tarkovsky’s sci-fi classic, Stalker, which ties in with the title poem. Now, every time I glance at the book I get this big hit of satisfaction that it, as an object, above all displays connections with good, gifted, hearty people whom I admire.

On November 18 Meteorites was launched in Melbourne at the legendary Collected Works bookshop and Nathan Curnow gave the best launch speech I have ever heard!

So this year commences with the final preparation of the latest issue of Foam:e online poetry journal, of which I am a co-editor for the first time. Around 130 poets sent us up to six poems each, so thank you to everyone who submitted. I hope you all like our selections when you see the issue come out in March. We certainly leaned towards more experimental arrangements but basically, I think we liked anything a bit bold!

My key event of January, however, is the Brisbane launch of Meteorites. For a while I thought the Melbourne event would suffice, but so many Brisbanites kept asking and asking, so it’s going ahead! I would love to see you Avid Reader in West End on January 20. The event is free, but just for numbers we’d really appreciate it if you registered beforehand (so that we don’t run out of wine too early!)

As for the rest of the year, I am pretty sure I’ll continue in my university jobs, albeit with a slight reallocation in terms of the time spent in each one.

Blissfully, I have the power to tell you I have already secured a week in the Kelly Street Cottage in Hobart for some uninterrupted drafting time (and a couple of visits to the Lark whisky bar, perhaps).

I have just applied for a writing residency in Stockholm — thanks to Melissa Ashley for posting a list of residencies on her Facebook page! Who knows to where all our linking truly links!

And I suppose in general I am both attending to the prizes I must submit my book to this year, as well as developing a new manuscript, which I’d like to have a good handle on by, say, September. I have found A LOT of poetry drafts that I have completely forgotten about — and they’re not even old — they are lovingly transcribed and filed on my computer! Honestly, I think I need to investigate some kind of split personality situation that might be going on! I have written far more than I recall, which is obviously a wonderful surprise, even if it does sound a little nutty.

Thanks to my beautiful network of writers, researchers and other friends throughout the world who continue to be a great comfort, inspiration (yes, that word) and very useful brains trust as I  follow my nose into this new year! Good health and good luck to you all.

It’s official —  Meteorites is getting a Brisbane launch!

Come along to Avid Reader bookstore in West End and listen to a relaxed Q & A session between me and the wonderful Melissa Ashley, whose fictional biography of Elizabeth Gould, The Birdman’s Wife, is doing very well at the moment indeed.

The event is completely free, but so the store can keep track of numbers, please pop yourself on the guest list here: http://avidreader.com.au/events/carmen-leigh-keates-meteorites

So join us for a glass of wine at 6pm on Friday January 20!

I am so gratified that Meteorites is this month’s poetry book on Australian Poetry Review. As always, the review is written by the incomparable Martin Duwell.

The wonderful poet Nathan Curnow launched the book with a truly impressive speech, showing not only a really detailed engagement with my little book but also a masterful ability to draw everyone in with his sensitivity and charisma. The launch speech has been reproduced online at Communion journal (which is run by Ralph Wessman of Walleah Press in Tasmania)

The book is now available to buy online at Whitmore Press, or, if you are in Melbourne, you can grab a copy at Collected Works on Swanston Street.

Thank you to Anthony Lynch and A. Frances Johnson of Whitmore Press for a wonderful event and for all your work getting the book out there.

And thank you again to Mark Walker for creating the cover image — it came out so beautifully. The cover is based on an image from Tarkovsky’s 1979 classic, Stalker.

Nathan Curnow regaling us all (photo by Richard Mudford)